As a father of three young children, Richard understands the everyday pressures facing families with increasing cost of living and he is committed to reducing the financial burden on the community.

A valued member of the Marshall Liberal Team, Richard fought to reverse the cuts and reduction of services at Modbury Hospital, and has played an active role in ensuring that Modbury Hospital is instead upgraded so that it can continue to be the high-quality community hospital that North East deserves.

Richard is an energetic community advocate as a member of the Rotary Club of Tea Tree Gully, Neighbourhood Watch, Friends of Anstey Hill and the RSL. Richard is passionate about laying the foundation for the next generation and has demonstrated this commitment through Rotary’s National Youth Science Forum, as a mentor of junior umpires in the local footy league, and a member of local school boards and governing councils.

Prior to his election as the Member for Newland, Richard worked as research scientist for the University of Adelaide, researching new ways of preventing and treating pneumonia and meningitis. He worked with some of the world’s leading experts in their field from North America, Europe and Asia.

Richard’s skills and experiences have given him a great perspective from which to contribute to the Marshall Liberal Team’s plan to tackle the challenges facing the Newland community and offer hope and opportunity to all South Australians.

Get in touch with Richard 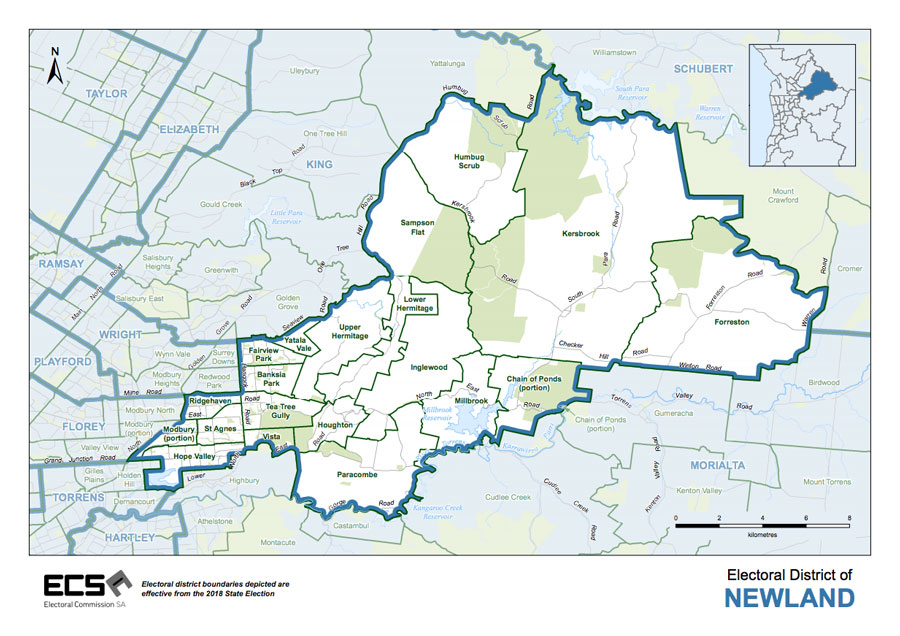 The Electorate of Newland

The electorate of Newland is named after Simpson Newland (1835-1925) who belonged to a pioneer family and wrote the well-known book ‘Paving the Way’. He was a prominent advocate of moves to build locks on the River Murray and construct a north-south railway.